India as is well known derives its name from the Sindhu (Indus), and the earliest civilization of this country of which we have any definite trace had its cradle in the valley of the same river. Some say that the earliest civilization that evolved in this valley is the civilization of the Aryans which had its principle home higher up the Indus valley . Their religion was normally aniconic(i.e., in which images played no part), and in their pantheon the female element was subordinated to the male, and the place of honour was given to deities like Indra , Varuna, Mitra , the Nasatyas , Surya , Agni and other supernal beings.Unfortunately the literature of the Aryans ,called the Veda , cannot be dated even approximately, and its impossible to say with absolute precision in what chronological relation the civilization portrayed in the Veda stood to the Indus culture of the third millennium B.C. 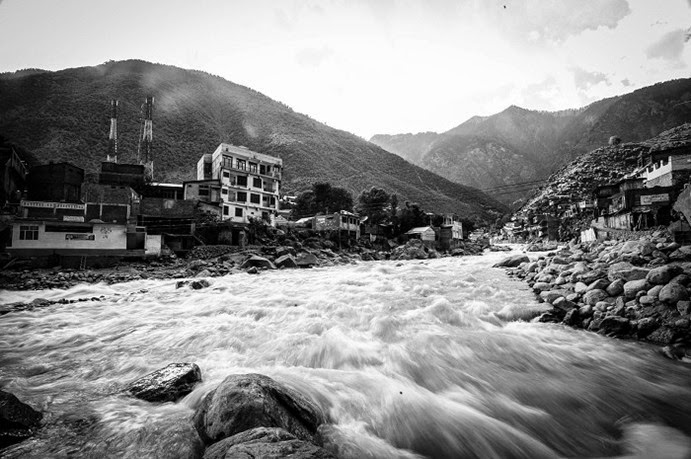 In the chaotic state of early Aryan chronology , it is a welcome relief to turn to Asia minor and other countries in Western Asia and find in certain tablets of the fourteenth century B.C. discovered at Boghaz Keui and other places , references to kings who bore Aryan names and invoked the gods Indra , mitra, Varuna and the Nasatyas to witness and safeguard the treaties. It is certain that the tablets belong to a period in the evolution of the Aryan religion when Indra , Varuna and the other gods associated with them , stillretained their early Vedic pre – eminence and had not yet been thrown into the shade by the Brahmanic Prajapati or the epic and Puranic Trimurti. The Indra –worshipping tribes seem to have been divided into two rival groups . One of these included the Srinjayas and their allies the Bharatas , both lauded by the priestly family of the Bharadvajas. To the other group belonged the Yadus , Turvasas , Druhyus , Anus and purus who were found frequently in alliance with indigenous tribes. The first two tribes of the second group are branded as Dasa in one passage of the Rik- Veda, and of the remaining three , the Purus are styled mridhravachah , “of hostile speech” , an epithet otherwise applied only to non- Aryan Dasyus. Distinct from these indra worshipping groups were the Dasas proper or Dasyus , a dark – skinned, flat – nosed race who spoke a tongue unintelligible to the Aryans , possessed forts and herds of cattle coveted by the new comers , despised the sacrificial religion of the latter and possibly worshipped the phallus.

The basis of political and social organisation of the Rik Vedic people was the patriarchal family. The successive higher units were styled grama, vis and jana , and in some rarae passages even aggregate of the janas have been found. The precise relation relationship between the grama , The leader of the grama , who is usually a Vaisya , is clearly of lower class inferior than the lord of the vis (vispati) or the protector (gopa) of the jana , who is often the king himself.

The prevailing form of government in the Rik Vedic age was monarchial. But names applied in later ages to non- monarchial communities were also known. The state or the rashtra was ruled by a potentate ruler the rajan (king .Kingship was usually hereditary .The foremost duty of the rajan was the protection of the tribe and the tribal territory. He fought against external enemies . He employed spies (spasa) to watch over the conduct of the people who were apparently punished when they were wreong. He had to maintain a body of priests wh performed the sacred rites and received a contribution (bali) from the people. The king was assisted by a number of functionaries of whom the most important was the Purohita or chaplain. The Purohita not only gave advice to the ruler , but also usedhis spells and charms to secure the success of his patron’s arms and lauded his exploits when victory was won .Another important official was the Senani or the leader of the army.The chief offensive weapon was the bow. Two kinds of arrows were used ; one was poisoned and had a head of horn ; the other was copper or iron headed (ayomukham).Spears , swordsand axes are also mentioned.References of pur charishnu or moving fort which may have been an engine for assaulting strong holds are also found. Banners were used in wars and musical instruments are mentioned. The army may have been divided into units termed sardha, vrata and ganaThe Vedic had a system of espionage and also employed dutas or messangers. The rajan though the lord of the people , did not govern without their consent. The business of the tribe was carried out in a popular assembly styled Samiti , at which princes and people were alike present.Women were excluded from the assembly. The Samiti gave decisions regarding matters of public moment.

The foundation of the political and social structure of the Rik Vedic age was the family. Themembers of a family lived in a same house. Houses in this age were presumably built of wood or reed.In every house there was a fire place(agnisala), besides a sitting – room and apartments for the ladies. The master of the house was called grihapati or dampati. He was usually kind and affectionate, but occasional acts of cruelty are found. Families being patrilineal ,people prayed for abundance of sons. The birth of daughters was not desired , but once born they were treated with kindness and consideration Their education was not neglected , and some of them lived to compose hymns and rise to the rank of seers like Visvavara, Ghosa, Apala. Girls were given in marriage when they attained full development. Marriage for love as well as marriage for money was known. Weddings were celebrated in the house of the bride’s parents. Polygamy was practiced but not polyandry. Remarriages of widow were permitted. Women were not independent persons in the eye of law, and had to take their male relations for aid and support. Their position in the household was of honour.[4]
The Vedic costumes were of three parts – an unde4garment styled nivi , a garment called vasaor paridhanaand mantle styled adhivasa , atka or drapi. The clothe were of different hues and were made of cotton, deer skin or wool. Garments were often embroidered with gold. The daily fare of the household consisted mainly of parched grain , cakes(apupa) , milk and its various products such as curd and butter , and many sorts of vegetables and fruit. The use of animal food was common , especially at feasts and family gatherings.Drinking water was obtained not only from the rivers or springs but also from the artificial wells.References of exhilarating drinks such as Soma and Sura are found . The fomer was the juice 0f a famous plant grown on the Mujavat peak of the Himalayas.The latter was an ordinary intoxicating drink. The favourite amusements of the virile classes were racing, hunting and the war- dance. The chariot race extremely popular. Hunting was also not in any way less popular. The animals hunted were the lion , the elephant, the wild boar, the buffalo and deer , birds were also hunted . Another favourite pastime was dancing. Among other amusements , mention may be made of boxing , dancing and music. Women in particular loved todisplay their skills in dancing and singing to the accompaniment of lutes and cymbals .The families were grouped into larger units in the formation of Varna (colour) and Sajatya(kinship) . The white hued Aryans(invaders) were marked out from their dark- skinned opponents, who were called dasa, dasyu or sudra. In the Aryan community itself men of kingly family (rajanya or khatrya) and descendants of priests (Brahmanas) were clearly distinguished from the common free men , the vis or Vaishyas.There was hardly any taboo in intermarriage, change of occupation or commensality. In the later ages , a member of each of the three higher castes (Bhramanas , Khsatryas, Vaishyas) had to pass through the rigorous discipline of the Ashramas or the four stages of life- the brahmacharin or the student , then grihastha or married householder , next a vanaprastha or forest hermit and finally a sanyasin , that is an ascetic who had renounced the world.

The Rik Vedic Aryans were mostly scattered in the villagesRegarding the orgnisation of the village ew have a few details.Homestead and arable lands in the village appear to have been owned by individuals or families, where grass lands were probably held in common . Agriculture was the principal occupation of the village folk. Cultivated fields were known as Urvara or Khsetra. They were often watered by irrigation canals. The use of manure was also knownThe grain grown were dhana (rice) , yaba (barley). When ripe they were cyt with a sickle , tied in bundles and threshed in the floor of the granary , then they were winnowed ,ground in a mill and made into cakes. The rearing of cattle was also an important occupation.Cows were held in high esteem..Other useful animals were draught – ox , the horse , the dog , the goat and the sheep. Though mainly agriculture was practiced , but they were not indifferent to trade and industry.The chief articles of trade were clothes , coverlets and skins. Trade probably consisted mainly of barter. The standard unit of value was the cow , but necklets of gold (niska) also served as a means of exchange. The principal means of transport by land were chariot (ratha) drawn by horses and wagons (anas) drawn by oxen. Of the industries of this age those of the wood worker , the metal worker , the tanner , the weaver and the potter deserve special mention.

The art of pottery was in full bloom . A knowledge of the art of writing has also been found. Architecture made some advance in this period. There are references to mansons supported by a thousand columns and provided a thousand doors. Mention is also made of stone castles and structures with a hundred walls. The medical art of the age distinguished quite a number of diseases. But the physician was still a fiend-slayer as a healer of diseases , and charms and spells were regarded as equally efficacious with healing herbs and drugs. The science of astronomy made definite progress.

The early Vedic religion has been designated by the name of henotheism and kathenotheosm – a belief in single gods, each in turn standing as the highest. It has also been mentioned as the worship of Nature leading upto Nature’s God.The chief deities of the the earlier books owe their origin to the personification of natural phenomena. Abstact deities like Dhatri, the Establisher; Vaidhatri , the Ordainer ; Visvakarman, the All Creating and Prajapati , the Lord of Creatures; Sradha(faith);Manyu, Wrath, make their appearances in the later stage.