The main points were:

This includes modification of programs.

The development of computers has passed through various stages. This development is divided into five categories: 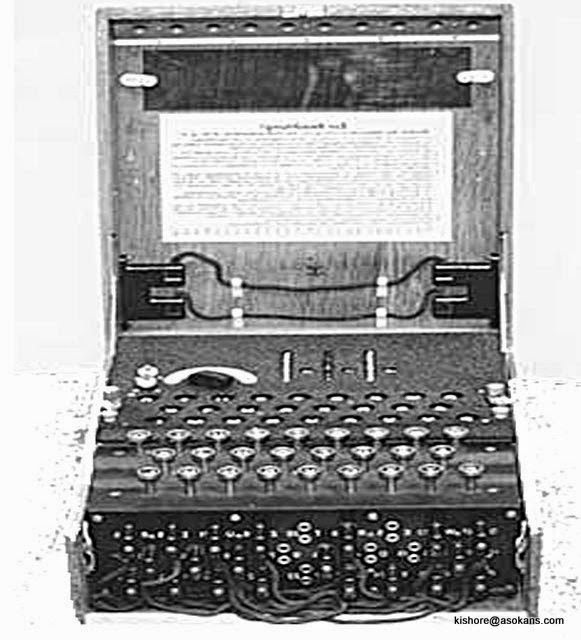 The computer of this generation was developed in 1946 by Sir J.P. Eckert and J.W.Mauchly. This computer was named as Electronic Numerical Integrator and Calculator (ENIAC). It was completed in a time period of 4 years. This machine contained 18000 vacuum tubes and 70,000 resistors and there were 60,000 button and switches in this calculator. The weight of this machine was 28 tones and the consumption of electricity was 150 KW. After use it got heated and had to be cooled by water. It took only 200 millisecond to perform one addition. This calculator became very famous due to its speed.

The computers of second generation are based on the invention of transistor (1948). Transistors were very small components as compared to vacuum tubes and the consumption of electricity was negligible as compared to first generation computers. The heating effect was low and size was comparatively small.

The computers of this generation could be developed after the development of Integrated Circuit. Integrated circuits were made of silicon. A single 1C could hold a number of transistors and resistors. This was also called Chip.

The computers of these generation were 1000 times fast as compared to first generation computers and their cost was comparatively low. The memory of these computers was much more and data processing became very easy.

The further development of 1C opened the doors for development of this generation. 1C could hold thousands of transistors on a single component. This technique is known as Large Scale Integrated Circuits. The computers using these circuits are called micro computers.

These computers were manufactured by an American Company-Micro Instrumentation and Telemetry Co. In 1981 IBM manufactured a Personal Computer and after that computers were installed almost at all commercial organizations, schools, colleges, factories and offices.

Features of computers of Fourth Generation

The computers of this generation are still to come. The scientists are making their full efforts to develop such computers which are capable of taking decisions itself. In this way computers will supersede human in terms of calculations, thinking and decision making. The Japanese have thought to name this generation as Knowledge Information Processing System (KIPS). They are inventing such languages which could fulfill their dream.