Interdependence of Plants and Animals

The two principal groups of living organisms are plants and animals. From the very early phase of evolution both the communities have lived together side by side in an intimate association to form the biotic environment or biosphere. In a stable ecosystem the plants and animals form a delicate nutritional interdependence which with minor fluctuations is rebalanced fairly rapidly. In addition to their nutritional interdependence biotic population of an ecosystem have various other types of interdependence like reproduction, protection etc. 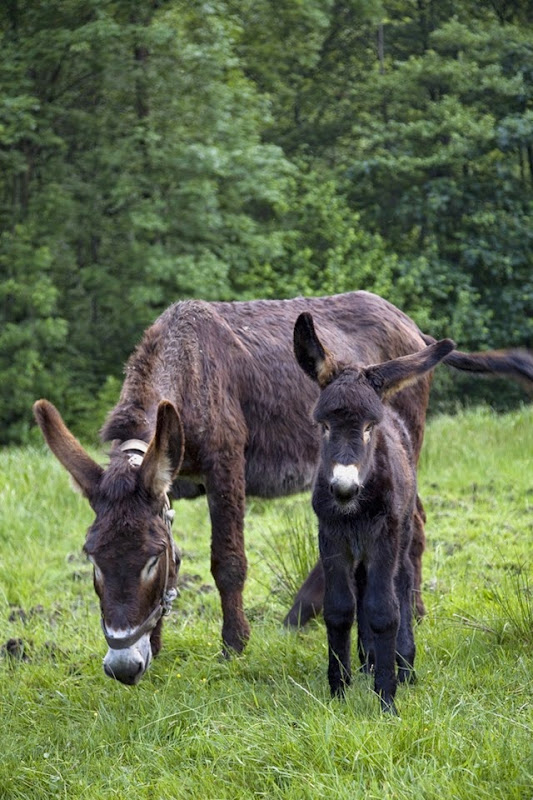 The various ways of interdependences among the member populations of an ecological community have led to various specializations in structure and function. In a large number of cases such specialization of the population in a community are even more propound, for a community contains not only free living population but also organisms of different species that live together in more or less permanent physical contact. These associations are instances of symbiosis, an expression of the most intimate form of communal life. A brief survey of the interdependence between plants and animals is presented below.

Plants and animals are intimately connected with respect to their nutritional interdependence. Due to the presence of chlorophyll nutritionally plan is art self supporting bodies. They can synthesize complex organic food substances out of water and carbon dioxide gas and utilizing the energy of sunlight. In an ecosystem the green plants act as producers. Animals like grasshopper, bees, squirrels, sheep, goats etc. are nutritionally dependent upon green plants because they depend on continued supplies of ready-made food substances usually from green plant sources for their energy and growth. Green plant eaters are called herbivores. Animals which do not feed directly on plant materials but rather on animals (cat, dog, lions etc.) arc called carnivores. Carnivores are indirectly dependent upon plants for their food and energy, because carnivores eat the herbivores. If there were no plants in an ecosystem there would not be any herbivores left to feed the carnivores. So carnivores would die of starvation. Insectivores or insect feeding plants get their nitrogen from insects. These plants are provided with specialized organs for entrapping and capturing insects. A trapped insect is digested for its proteins by the proteolytic enzymes. Organic wastes and dead remains of animals are decomposed by the soil microbes like bacteria and fungi. They decompose the organic materials into their inorganic constituents. Similarly, the microbial fauna (animals) present in the soil also decompose the dead remains of plant origin. In this way the soil becomes rich in inorganic materials. These inorganic materials are again absorbed by the plants. In this way the inorganic substances rotate in nature.

Many insects like bees, butterflies, ants etc. visit flowers for collecting nectar and pollens. During the process they move from one flower to the other. While moving from one flower to another the sticky pollen grains produced in the male parts of flower adhere on their legs, wings, and antenna. When they visit another flower along with the pollen grains the pollen grains adhere on the sticky surface of stigma (female part). This is an act of transference of pollen grains from male to female flower, a process termed cross pollination. Thus insects help the flowering plants in pollination against nectar, the food of insect.

Interdependence in dispersal of seeds and fruits

Animals play a vital role in the dispersal of seeds and fruits of flowering plants. The seeds for the purpose of dispersal develop various attachment structures like hooks or sticky hairs. With the help of these structures the seeds get attached on the bodies of visiting animals and are thus carried to distant places. Animals generally eat fruits. When the whole fruits eaten the seeds pass through the alimentary canal unchanged. The seeds are not digested during their passage through the alimentary tract, because they have a slimy covering which protect them from digestive enzymes. The seeds come out through the faeces are still able to germinate. This is how seeds spread out to distant places.

Interdependence In relation to aeration and nutrition

Earthworm contributes immensely to the betterment of soil and the healthy growth of crops. The earthworm lives in the soil and feed on decaying vegetation. While in soil it moves here and there for food forming burrows. Thus, the worm loosens the soil particles and forms countless channels inside the soil. These channels are readily tilled up with air making the soil airy. The burrows help quick exit of rain water from the base of the roots, enabling the plants to grow more rapidly. Leaves and other vegetables are consumed by the worm. The faecal matter of the worm adds minerals and humus to the soil and thus increases the fertility and productivity of soil.

Interdependence on shelter and defence

Some insects like beetle, wasps, moth etc. protect their offspring by depositing eggs on plant parts and later initiating the formation of a gall around the eggs. Here the female insect first lays its eggs on any soft portion of plant body. The cells around the eggs start dividing and ultimately cover the whole mass of eggs forming a gall. The eggs remain safe within the gall. The development of egg takes place within the gall taking nourishment from the gall. Ultimately immature insects come out of the gall through pores. Beetles live within leaftents during day time to avoid attack by birds. They make the tent with the help of silk thread secreted by their silk glands. At night they come out of the tent and destroy aphides and other plant pests. Sometime ant’s nests are built in underground stems, in hollow stems of trees, thorns, fruits and leaves. In certain aroids having underground corms it is found that some dangerous ants take shelter within the compartments of the corm. These ants protect the corm from man and animals. In a species of South American Acacia, (A. sphaerocephala) the spiny stipules, are hollow and serve as shelters for theants. Simultaneously the leaflets secret food for the ants which accumulate at the tip of leaflets forming a structure called Belt’s corpuscles. The plant keeps ready both food and shelter for the troops of bodyguard. The common Indian apt Oecophylla webs the leaves of mango, litchi, the spesia and other plants into a nest, using the silken threads produced by the larva. This ant ferociously attacks those who intrude into the tree on which it has made its nests. This mutual interdependence of plants and animals for protection against attack by enemies is termed Myrmecophily (G. Myrmeco-ant, philos-love) i.e., love of ants.

The term symbiosis is used to describe a situation when organisms live together and benefit mutually by their association. An example of symbiosis between a plant and an animal is offered by the green Hydra (Chlorohydra vuidissuma). Here the alga Zoochlorella lives in a symbiotic association within the ectodernal cells of the animal Chlorohydra. The alga use car bon dioxide and nitrogenous waste produced by the animal while the animal benefit by the oxygen and carbohydrates produced by the alga during photosynthesis. Similarly, the ciliate Paramaecium bursaria also harbour unicellular green algae within its cells. Bacteria present within the alimentary canal of animals are symbiotic in nature. Bacteria living within the stomach of Cow help to digest the food of Cow. Bacteria living within the large intestine of Rabbit also help food digestion. Bacteria living within the large intestine of man help digestion of waste. They secrete many vitamins (B12K) which helps man in their nutrition. The ant Mycetosoritis hartmani secure their food by growing gardens of a particular fungus in the underground nests. The fungus is nourished by leaves the ants collect, bring underground, and chew into nutrition pulp.