The US Civil War

The US Civil War – The USA came into being in A.D. 1783 when it shook off the yoke of England. As a new country she had to face many problems. One of them, perhaps the most difficult one, was the Civil War which broke out in A.D. 1861 between the northern and the southern states of America.

Causes and Circumstances leading to the US Civil War

Though the Civil War in USA broke out in 1861 but slowly and slowly many events were taking place during the last so many decades which ultimately resulted in the tragedy of the Civil War. 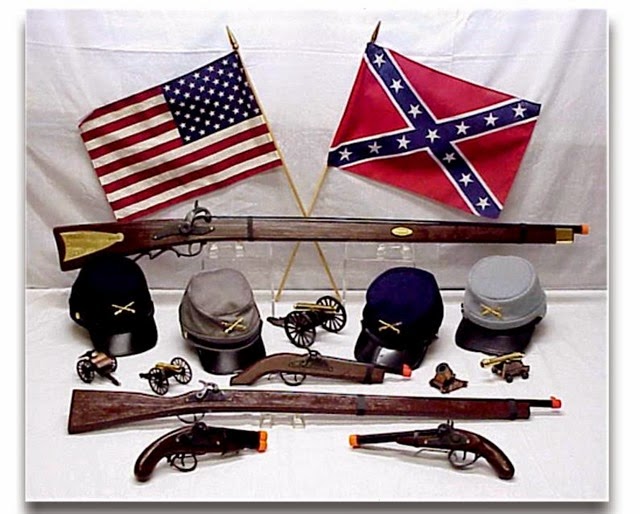 Controversy over the question of keeping slaves

In the Northern States which was going industrial day by day the slave labour was not needed. By the ordinance of 1787, slavery was excluded from the North West territories. It was a dying force in North America. It was prohibited there in 1807. But in the Southern States there was a great demand of slaves to work in cotton plantations. As a result of the Industrial Revolution in England, the demand for cotton had increased manifold. As England could not meet her own demand of cotton, so she began to import a major part of it from the Southern States of America. In this new development cotton began to be grown in large plantations in Southern States with the help of a number of slaves. Thus to the Southern planters slaves became economically indispensable. Slavery thus became a great asset too valuable to be willingly surrendered. Thus, the slavery question became a bone of contention between the Northern States and the Southern States of America.

The political considerations, as to who would run the Federal Government complicated further the issue and increased the gulf between the Southern States and the Northern States. The US Congress consisted of the two houses – the Senate and the House of Representatives. Every State sent two representatives in the Senate but in the House of Representatives each state was allotted members in proportion to their population. Each side wanted to have their control over Congress, so with the admission of every new state in the Union both sides were particular whether it was a free or a slave state. Till 1820 there was a balance between the slave states and the Free states – there being eleven each. There arose a crisis in 1820 when the question of the admission of a new state of Missouri arose. Both sides wanted to admit the new state in its own fold. A long controversy arose which created bitterness between the Northern States and the Southern States. At last the issue was solved by the Missouri compromise of 1820, where it was agreed that Missouri should be admitted as a Slave state but future states lying west of the Mississippi and north of 36 degree parallel of latitude should be counted as free. This Missouri Compromise formed the basis of slavery question for the next thirty years. Soon when a new state of Maine was admitted as a Free State the political equilibrium was restored again.

Rise of the Abolitionist Movement

The Missouri Compromise however did not stop the attempts of the North against slavery. In 1835, William Lord Garrison, the editor of the Paper entitled “The Liberator”, started the Abolitionist Movement. In 1833 when the American Anti Slavery Society was founded the movement against slavery grew steadily in the north. Such developments naturally aroused indignation in the Southern States, especially when the followers of the Anti Slavery Movement involved themselves in helping the slaves to escape their masters to save places in the North or even across the borders of Canada.

Struggle over Texas and California

As said before, whenever a new territory sought admission in the Union, the controversy was once again reopened whether the new state was to be a Free State or Slave state. When Texas applied for admission as a slave state there was a storm of protest from the North. However, with the admission of Texas as a slave state the balance was restored between the Free and the Slave States. In 1849 both the North had fifteen States each. A little later when California applied for admission as a Free State there was again much hue and cry, because it meant once again an imbalance in numbers. Their crisis was averted by a new Compromise, known as the Clay Compromise of 1850. By this Compromise a special concession was given to the Southern States by passing the Fugitive Slave Act whereby the people were given the authority to recover the run away slaves. The running slaves were also to heavy punishments.

The Fugitive Law created more problems than it solved. Whenever there was an attempt to recover run away slaves there was a great commotion among the people. At this very juncture the publication of a book named “Uncle Tom’s Cabin” added fuel to the fire. This book gave a clear description of the horrors perpetrated in a slave state. It did a lot to raise a political campaign into a popular crusade. Naturally such an attempt in raising the public opinion against slavery was much disliked by the Southern States. The things had not settled yet when the question of the admission of two states of Kansas and Nebraska came up. As the states lay to the north of 36 degree latitude they should be considered as Free States according to the Missouri Compromise of 1820. But such a thing was not acceptable to the Southern States. Some of them even threatened to secede from the union. At this juncture Stephen Douglas, the Senator of Illinois, who wanted to fight for the seat of next President proposed to repeal the Missouri Compromise. In 1854 he got the Kansas Nebraska Bill passed which provided that the people who had settled in these two territories would decide for themselves whether they wanted slavery or not. This was a great victory for the pro-slavery elements, i.e. the Southern States. In Northern States people were much offended at the possibility of indefinite extension of slavery and as a result the Civil War became imminent.

The Supreme Court of USA made matters worse when in the Dred Scott Case in 1857 it decided that a slave was a piece of property which the owner could take anywhere with them. It went further and declared that a Negro was not a citizen of USA and hence he had got no right to appeal in a court of law. The implication of such a decision was clear that the Missouri Compromise was unconstitutional and slavery could not be legally forbidden. While the Southern States rejoiced the Northern States could never relish such a decision. At such a juncture a new republican leader Abraham Lincoln came on the political scene. He argued, “If slavery is no wrong, then nothing is wrong.”

The political atmosphere in the United States was very tense when the election for the new President was held in 1860. The victory of Abraham Lincoln was considered as a great success for the Northern States, which was much to the dislike of the Southern States.

Main Events of the US Civil War

Initial success of the Southern States

The war began in 1861 and lasted for four years upto 1865. On April 12, 1861 the Confederate States of the South opened the war by bombarding the Federal arsenal, which was held by the Northern troops. Thereupon Lincoln issued an appeal for volunteers to be used against the aggression of the South. Seeing that Lincoln was bent upon using the armed forces to coerce the Southern States four more Border States of North Carolina, Tennessee, Arkansas and Virginia also seceded from the union. This was a great boost for the Southern States, so in the beginning the Southern States were more successful in the battlefield.

Final Success of the Northern States

In order to weaken the Southern States Lincoln issued the Emancipation Proclamation in 1863, for all the slaves, whether of the North or the South. Thus the South was deprived of the help of the slave population. Soon the Northern States captured New Orleans followed by Vicksburg. As a result the Confederate states were cut into two parts and the states lying to the west of the Mississippi were completely isolated. However, the attempt of the Northern forces to capture Richmond, the Confederate Capital was foiled by the brilliant generalship of General Lee. Encouraged by this success when General Lee invaded Pennsylvania to break through the Northern ring he was badly defeated at the battle of Gettysburg in July 1863. This was a great blow to the Southern States. A month later the death of Stonewall Jackson deprived the South from one of its ablest generals. In the next year the two Northern Generals, Sherman and Grant captured Georgia and Virginia, and pushed back General Lee. The ultimate collapse came in 1865 when he was forced to surrender at Appomattox Court House. Thus the Civil War came to an end in 1865 after the stress and strain of the last four years.

Results of the US Civil War

Loss of men and Money:

The Civil War which raged for full four years resulted in a great loss of life in America. It was a terrible war in which more than six hundred thousand lives were lost and over 3.3 billion dollars were spent.

USA entered upon a phase of Rapid Materialization

As Ketelby observed, “With a Constitution secured and a frontier unthreatened, it was natural that America should turn her attention to developing her immense natural resources and to growing rich.” Soon many new industries were established in the North and the South also developed manufacturing industries. Thus, America began to make rapid strides towards progress both in the field of industries and scientific farming.

Development of Railways and Road Transport at a Rapid Speed

With the coming closer of the South and the North, the means of transport began to develop at a rapid speed. The longest rail service, the Great Continental Railway, was completed in 1869. Likewise the roadways and waterways also developed rapidly.

One important result of the victory of the North was that once for all the controversy regarding the tariff policy of the country was decided. Now the United States adopted the policy of adequate protection against the foreign competition. This policy encouraged the growth of industries because the high tariffs provided a sort of protective wall behind which they made astonishing progress. As a result great industrial centres sprang up in the west. Detroit became the centre for automobile industry, Petersburg of iron and steel industry and Chicago of meat packing industry.

Foundation of a strong banking system

Before the US Civil War there was a multiplicity of currency issuing agencies which sometimes led to financial crisis. But in 1863 the Congress passed a law establishing a national banking system. This very step not only created sound banking system in the country but also created a confidence in the banks.

The American Civil War led to the abolition of slavery once for all. It was regarded as a system which was not to be extended or tolerated. America became a country of citizens with full and equal political rights. Negroes began to be counted as men with full opportunities to enjoy the powers and privileged equal to other citizens of the state.