Definition of a Computer

A computer can be defined as an electronic device that receives input from the user through a mouse or keyboard, processes it in some fashion and displays the result on a screen. It can also be assumed as any device that has a microprocessor in it.

Fundamentally, there are two types of computers 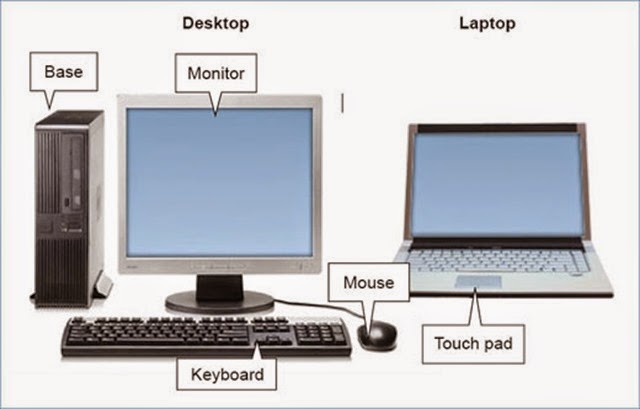 They differ in size, speed of operation, amount of data that can be stored, and the number of simultaneous users.

Types of Computers Based on Size

Desktop– A Personal Computer that is not designed for portability. The computer is set up in a permanent location. Most desktops offer more power, storage and versatility for less cost.

Laptop– These are also called notebooks. Laptops are portable computers that integrate the display, keyboard, a pointing device or trackball, processor, memory and hard drive all in a battery-operated package slightly larger than an average hardcover book.

Workstation– A desktop computer that has a more powerful processor, additional memory and enhanced capabilities for performing a special group of task, such as 3D Graphics or game development.

Server– A computer that has been optimized to provide services to other computers over a network. Servers usually have powerful processors, lots of memory and large hard drives.

Basic Units of a Computer

Central processing unit (CPU):The heart of the computer, this is the component that actually executes instructions organized in programs (“software”) which tell the computer what to do.