Back up your SMS, MMS and contacts on Windows 8.1 mobile–New System App

Microsoft has released a new system app which can be very useful especially to back up your SMS other than MMS and contacts. Now a days we do use cloud accounts to keep our contacts and emails safe, but SMS, MMS are something which we need to take some extra care.

Windows mobile has the feature of taking back ups on oneDrive which also works well. 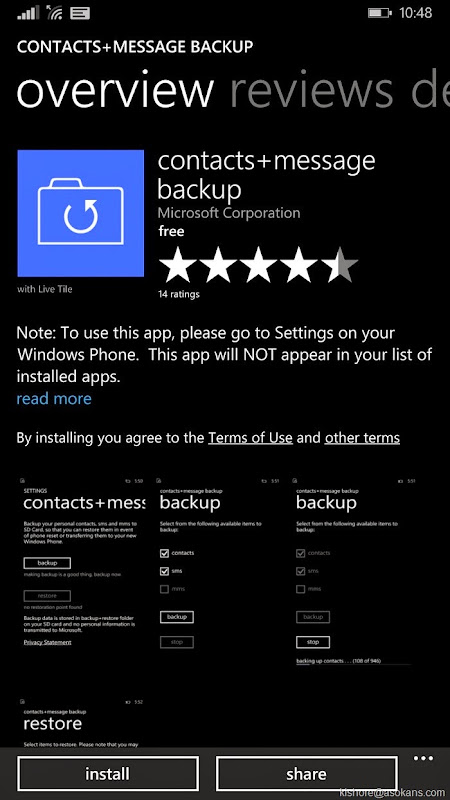 This new app released by Microsoft is good for taking backups on your SD card. You need to have an SD to use this app as it stores the back up to a folder named ‘backup+restore’. This app will not appear in the apps list, you need to go to the settings to see the app. 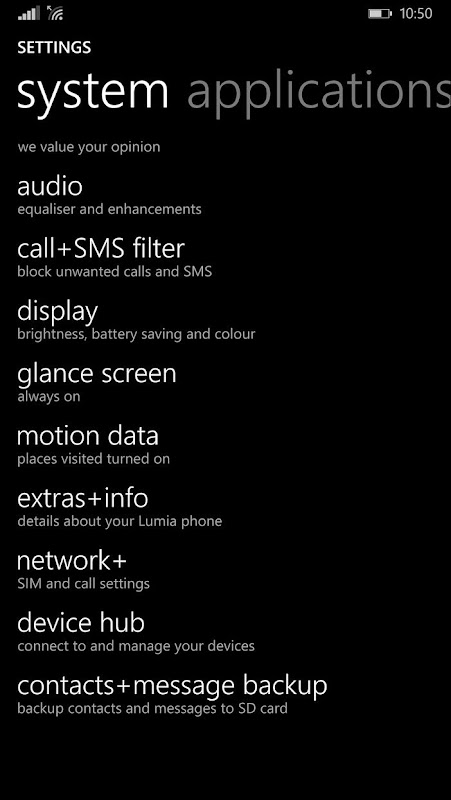 You can select SMS, MMS and Contacts to back up 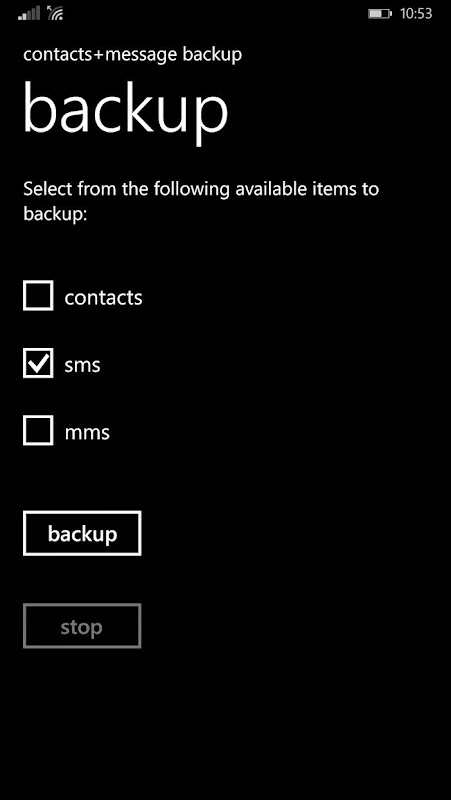 It would take more time if you have more messages / mms / contacts. This is a handy app, should come as a default setting / option. Hopefully this would be there in Windows 10 Mobile

This blog is using the Genesis Theme Framework with child theme